You're a human being, a young witch. You have responsibilities and ties to a community in the mortal human world. You’re traveling with the circus for just a season, to study and learn things that will help you serve and guard your community when you return home.

In the circus, you can be tickets & usher; a face in the troupe, a voice in the choir; timekeeper & moon-counter, and gopher & dogsbody. You’re always there, eyes and ears open.

You might play someone by studying them, or by touching them with iron.

In the circus you can be storyteller, clown, lookout, and forager. You're always there with a cruel prank or a stolen tool.

You might play someone by going for their eyes or by spilling their secrets. You might play a situation by shedding your feathers or by strutting & declaiming.

There is a traveling circus under the hollow hills. You are its performers, its ringmaster, its clowns, its sideshow, its stars. You are fairy kind and human kind, and you perform for great and small, revelers all.

You go where you choose, and to you a human child’s birthday party in a vacant lot is the same as the command performance of a great Crowned Head of fairyland. (And more like stuffed head, saith the Hob.)

Under Hollow Hills is in development. You can download a lot more pre-release material at lumpley.games, including the core playbooks.

Is these playbooks different from The Witch Suite? 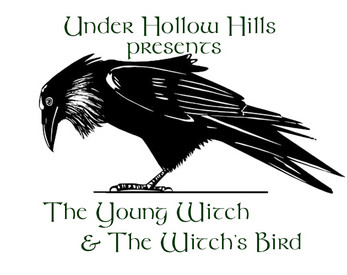